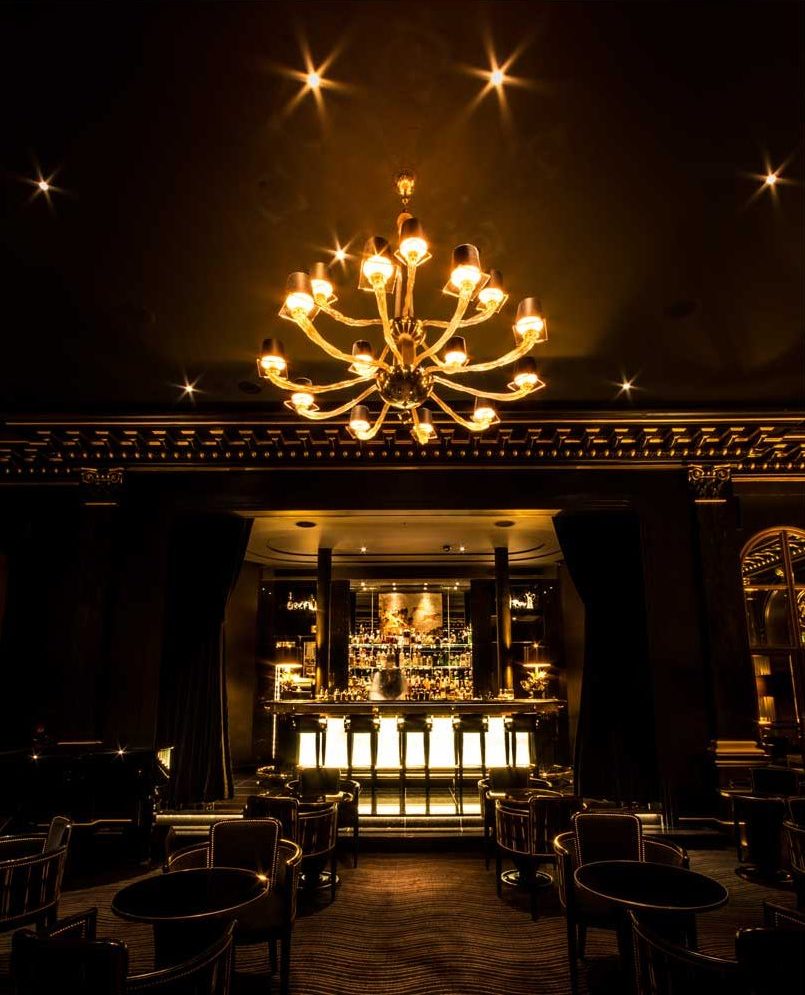 This festive season, eat, drink, and be merry at The Savoy Hotel.

Over the festive Christmas and New Year period, the world famous luxury hotel, The Savoy, brings style and glamour to the festive season.

Eat, drink and be merry! This is the festive Christmas message from one of the world’s greatest and most venerable luxury hotels.   The Savoy is a great destination for food lovers and drink connoisseurs this festive season, whether it’s for a very special Christmas Day Dinner (5 courses, served from 7pm) or the spectacular New Year’s Eve Dinner—a gourmet five-course set menu will be served from 8pm, with live entertainment provided throughout the evening and dancing after dinner. And at any time of the year, The Savoy offers guests a choice of no fewer than seven restaurants and bars, each offering something to suit all tastes.

You can dine informally in Kaspar’s Seafood Bar and Grill, where an imaginative and ever-changing menu of superb seafood specialities is on offer from morning until night. Then there’s Gordon Ramsay’s Savoy Grill, presenting a classic British grill menu with a French touch, while Simpson’s-in-the-Strand and Knight’s Bar remain steadfastly at the top of every Londoner’s list for the best roast dinner in the city, bring you and your guests that unique sense of British style and tradition.

The light elegant surroundings of the Thames Foyer offer the perfect setting for a traditional English afternoon tea at The Savoy. Sip classic cocktails or try new creations by award-winning bartenders in the legendary American Bar, or experience the gilded elegance of the Beaufort Bar providing a dramatic background for its ‘Character Cocktails’ and original concoctions, from the centre-stage Lalique-style bar. The Savoy’s bijou tea store, Savoy Tea, offers exquisite teas and bespoke accessories in an imperial Eastern atmosphere.

It’s New Year’s Eve and for just £65 (including a complimentary cocktail) you can join in the fun at the Beaufort Bar from 8pm to 1am. Guests will be able to order from a special cocktail and canapé menu, which has been created especially for New Year’s Eve (not included in the ticket price). Dancing and live entertainment will take place in the adjoining Thames Foyer.

The Beaufort Bar provides a theatrical, art deco setting in which to enjoy cocktails that push the boundaries. Award-winning head bartender, Chris Moore, and his expert team have created a menu designed to intrigue and excite guests, with each drink listed entirely unique to the Beaufort Bar. ‘Character Cocktails’, served in era-specific vintage glassware and garnished tableside, pay tribute to four of The Savoy’s most famous personalities, while the cocktail named The Impressionist, one of the Beaufort Bars most popular cocktails, arrives at the table with a smoking rose for that element of drama. For guests with a taste for champagne, the Beaufort Bar boasts an impressive selection of vintage and non-vintage champagnes, either by the glass or by the bottle. The bar itself stands on the hotel’s former cabaret stage, which was graced by such luminaries as Caroll Gibbons (American pianist and bandleader) with The Savoy Hotel Orpheans dance orchestra, and George Gershwin. A tradition of live entertainment continues to this day with nightly performances by both renowned and up and coming talent, as well as monthly evenings of Cabaret and Burlesque.

This famous Bar at The Savoy will also be celebrating the festive season with a special New Year’s Eve, with details similar to this of the Beaufort Bar. Order from a special cocktail and canapé menu, which has been created especially for New Year’s Eve (not included in the £65 ticket price).

The term ‘American Bar’ refers to a bar serving mixed or ‘American’ style drinks, more commonly known as cocktails. As transatlantic travel became more popular in the late 19th and early 20th centuries, many American Bars opened throughout London. The American Bar at The Savoy is the longest surviving of these bars and one of the most iconic cocktail bars in the world. In 1903 the first truly ‘famous’ bartender arrived at The American Bar, a lady named Ada ‘Coley’ Coleman, whose signature cocktail was the Hanky Panky, still a popular choice today. Ada’s successor was the inspirational Harry Craddock, who not only created a number of classic cocktails but who notoriously compiled these recipes into the legendary Savoy Cocktail Book, still regarded today as the bartender’s bible.

Following The Savoy’s restoration, the American Bar appointed its eleventh head bartender, Erik Lorincz. A world-renowned bartender himself, Erik was officially recognised as such in 2011 when he was awarded Best International Bartender at Tales of The Cocktail. The American Bar itself also picked up World’s Best Hotel Bar at these same awards as well as Best Bar in the Virtuoso Best of the Best Awards.

Of the many remarkable attributes the American Bar has to offer its clientele is The American Bar Menu. The menu takes us on a journey through cocktail history, recreating cocktail popular in a bygone age and bring us right up to date. There are five eras:

1965-88 – A selection of fruity and refreshing cocktails

This year The Savoy has a splendid New Year’s Resolution which is ‘to bring a little more glamour to the world’ —which is of course something the hotel has always done. This begins with the hotel throwing a spectacular black-tie New Year’s Eve party in the Lancaster Ballroom. A Louis Roederer champagne and canapés reception in the River room kicks off this sparkling evening, followed by dinner and dancing. The fun begins at 7pm until late. Tickets at £440 per person include a champagne reception and five course dinner. 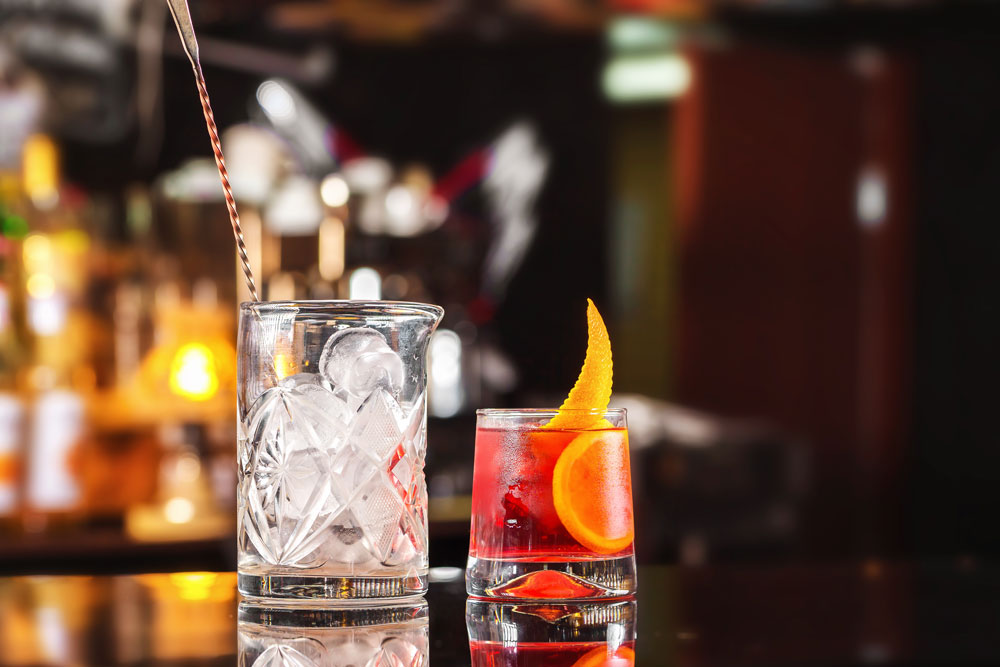